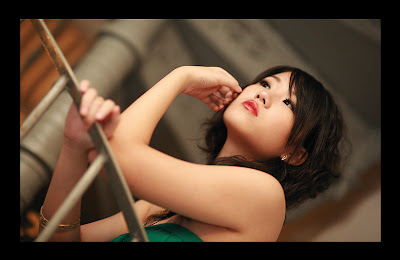 I seem to be on “permanent PMS” mode.

How do I get rid of this feeling? I have no idea. Seems like just not too long ago I was perfectly happy, and all of a sudden, I felt that something wasn’t right in my life and ever since I’ve been feeling quite shitty.

I don’t really know where the problem lies. It’s just that there’s always this sick, dreadful feeling in my guts, and it won’t leave me alone. What does it want from me? What am I supposed to do?

On normal days, binging will do the trick for me – I just have to have a nice hearty meal and I’ll feel alright in no time.

But recently I don’t even have the appetite for normal meals.

And usually I end up taking it out on James, which results in more quarrels, quarrels and quarrels. And to make it all worse, it’s become obvious that he’s getting really sick of it.

Sometimes, I honestly feel like I’ve had enough of this relationship with James.

Not because I don’t love him anymore, I still do – very much. But because I’m starting to become very aware that he’s not really the guy I believe him to be..

And that’s not his fault.

It was never his fault. It was my fault for not being able to see things the way they actually are, instead I chose to pin hopes on my fantasies.

If he makes the same mistake again, I can’t say I’d be surprised.

I think it’s time I should realize that I can’t change a person’s character to suit my liking, rather, the person should willingly change himself.

And for that to happen, he needs to understand.

He needs to understand why he needs to change, and the consequences of not changing, etc..

Which, of course – won’t be anytime soon.

But every single time I feel like giving up, this quote always pulls me back -

“Just because someone doesn’t love you the way you want them to, doesn’t mean they don’t love you with all their heart.”

You know, having to worry, facing the lies, accepting the broken promises, etc – all for over a year..

Sometimes it’s more than a girl like me can handle.

I just really want things to get better quickly.

If I could ignore these feelings, I would.

Feels like I’m falling in an endless black pit…
But I try my best not to let it show.