Some people call me a bitch, others call me a geek, while the kinder ones call me pretty…

but who on earth would call Jessica a SUPERHERO?!?

Pretending is DAMN FUN when everyone else is PRETENDING WITH YOU!!!!!

I am always damn excited to participate in Nuffnang events. Damn, I think I’m a nuffnang whore.

Or maybe it’s because I know that SPI will ALWAYS be there! FUN is where SPI is – true that.

I can’t get enough of these people la, ever since the Nuffnang KL trip, they have been like family!!!!

And I’m super happy that we are all spamming and flooding each others’ inboxes EVERYDAY with tons of emails, even though I seldom reply. HAHAHA.

We are going to East Coast Park and CommunicAsia together soon! CAN’T WAIT.

I wanted to get pictures from Jayden before I posted this entry up because a lot of cool pictures are with him, but he’s going into NS tomorrow already and is apparently too busy to send us the pics! Sooo sad. =(

WE’LL MISS YOU JAYDEN!!!!! Spi won’t break up with you, we’ll be here after 2 years for you okie. Heehee.

Nevermind, I’ll just make-do with the current photos I have. THANKS VAL!

Okkkk so me and James had a fight that day… so I decided to wake up super early and do some stuff to keep myself distracted from sad thoughts.

Off to VivoCity I goooooooo!


When I reached, I walked to the centre of Vivo City… And I saw a whole lot of stuff going on!

I was greeted by…. this THING:

Does he look creepy or what!

Psssst, guess what event was it?

We were there to cover part of Singapore’s Movie Fiesta!


And besides that, I was also there for the SUPERHERO MARCH. Get it? Superhero? Movie fiesta?

It is a march for charity, to raise money for the School Pocket Money Fund, by Straits Times (I THINK?!?)

I can’t believe I was PAYING to HUMILIATE myself. But oh well, it was fun!! And it’s for CHARITY.

I was helping unfortunate little kids all around in Singapore! So they would have better food for reccess, erm, I hope?

I am a kind-hearted soul okay!!

I was there with Hui Wen, and she was damn excited to pick out all the funny outfits for me to look funny in la. LOL.

At first they threw on a cape for me, and they decided to leave it as that!

WALAO! One cape only how to be a HERO? So unconvincing.

But after that Jayden and the rest still felt that I don’t look Superhero-ish enough… Must be more dramatic..

And poor me, with no way to escape from the situation, ended up like THIS:

HAHAHAHAAHAHA!!!! Funny or not you tell me.

My expression is totally classic man. It says: SPI MADE ME DO THIS.

And the worst part is, I think that’s just some weird COSPLAY COSTUME LOR!!!

I actually had quite a number of people coming up to ask me, “Hey, what’s your Superhero character ar?”

So I complained to SPI and told them I am such an unknown character.

And they told me, “Tell them you are a PRINCESS la!”

I forgot who it was, but someone suggested “Princess Fiona”

For once, cannot let me be a pretty pretty princess meh?!

HAHAHAAHHA. Oh well. I guess this is destiny.

I know the dress doesn’t look like hers la, but at least its still green colour what!

If I look like THAT, means this is me and James and our future kids already:

Anywaayysss. Back to the event.

Everyone began dressing up…

They even had make up artists to give everyone a complete makeover! I didn’t go for it though, I already had my own make up.

That’s Cherie being made up as Jessica Alba the INVISIBLE WOMAN from Fantastic 4.

She’s so brave to wear that costume, since it was skin-tight and all. LOL!

After everyone got ready, it was time to START THE SUPERHERO MARCH!!!!

It was definitely a scene to remember. It’s not everyday you see a bunch of queers all decked out in funny costumes parading around Vivo City.

SUPER FUNNY PLEASE!!!!! In front of me I see weird costumed people, beside me I have Spiderman, behind me I have some Star Wars guy. LOL!!!!

Imagine the amount of stares we got!

Weird creatures marching around Vivo City! I was all smiles.

It feels good to be part of something crazy every once in awhile.

I am always game for new experiences! It’s what makes my life exciting, different and memorable.

This character looks damn familiar but I don’t know who the hell is he. LOL. Must be damn hot underneath!

Anyone knows what is this character?

Announcement: Can the SuperHeroes please come up on stage?!

And they played those superhero music, which I found DAMN HILARIOUS. LOL.

You know, the superman theme song and such?!

Can you spot meeee?

OMGOMGOMG check out the CHICKEN LITTLE BEHIND ME. LOLOL. -snorts-

Never heard of Makan Man before? Check out www.jayleif.blogspot.com, he’s Jayden’s creation! Although the makan man we see here is a little too meaty. LOL. Probably makan-ed too much.

Nuffnang had this Create Your Own Superhero contest, and of course, who esle but Jayden would win? =P

This guy is just oozing with creativity! Kudos to him.

Oh yeah, I know this is totally random but WHAT IS SWEETS.SG?

Me and Jayden and Freaky Chicken Little again. LOL. Candid~

Why does it always look like it wants to eat me up?!?

Wahahaha this mini spider got ABS sia! So cuteeee.

ROFL I LOVE IT WHEN THEY STAND TOGETHER.

WE ARE THE champions SUPERHEROES!

LMAO I LOVE ALL OF THEIR EXPRESSIONS. I look wayyyy weird in this pose. Hehhehe me and Cherie darling!

There was this guy from ANIMAX Channel (never heard of it before) who filmed us and told us that our few seconds on their channel will be broadcasting across Asia – Malaysia, Indonesia, Thailand, etc.

They asked me, “How do you think the event was?”

*blanks out, panics and stares at cherie helpelessly*

THANK GOD CHERIE CAME TO MY RESCUE! She filled in smoothly and said, “Yeah, it was a very well-carried out event, don’t you think?” or something like that.

I don’t stutter or have speech problems often alright, and now it’s going to be broadcasted across Asia. -__________-

The guy never mentioned if it will be broadcasted in Singapore..

But if you DO see a freaky girl wearing some funny cosplay green dress trying to be a superhero on Animax Channel, it is NOT me, okay?!??

Spiderman and Jayden! SO COOL!!!!!

I took a pic too but it’s with Jayden =(

The last of superhero pictures! HAHAHA why are all the photos soooo funny?!?

And then the superhero event ended!

Me and the SPI family went to have lunch at Secret Recipe. Mmmm, my favourite place for yummy LAMB SHANK!!!!

Their sauce is the best, it’s award winning. JESSICA RECOMMENDS IT!

Everyone was amazed at how much I could eat.

Oh yeah baby. This is like my 2nd photo of Jayden taking a photo of me. LOL.

Yayyy Jayden showing me my photos!

She was the top eight for Miss Singapore Universe this year!! Too bad it wasnt on TV, if not you guys could all support her~

HAHAHA I just couldn’t help myself!!!!!

Don’t these two boys look so alike? The hair, the style and shirt and everything.

Don’t know how time passed, but soon it was 4+ and we all went off for our free movie!

What’s a MOVIE FIESTA without free movies to watch?!?!

Although the movie was F.O.C, I really regret watching it.

I felt my IQ level drop a lot during the show.

I mean, how can people even find Shaolin Girl or Shaolin Soccer funny? Watching the movie is like the process of Retardation. Sheesh.

Wanted to put the movie poster up so that you guys can beware of the show, but nah, don’t think I wanna make my blog retarded as well.

I am going to shower! It’s like 2am now and I havent showered the whole day. Gross or what?

I wanted to shower just now already but figured I’d post something up first.

Jessica the Superhero signing off.

do email Shiberty@hotmail.com with the following details:

Bikini photos or photos that can see your figure:

Photos should NOT be edited before!

Only shortlisted girls will receive a reply. Thanks.

Going for the revlon event tomorrow with Fidelis! Yipeeee. Will probably blog either tonight or tomorrow with the superhero post.

I am so hopeless at saving money!!!

Remember the other time I gained $600 from that idiot?

I said I’d buy an iPod, but I totally forgot about it and yesterday when I checked my bank account,

I was horrified to realize that I’ve spent 700 for the past 10 days!

And it’s not like I bought anything particularly expensive like iPod or what, I just went out one or two times and all my money flew away.

I’ve metioned before that my purse is like the black hole for cash.

It is so confusing!

Ok la, but I do know where some of the cash went…. 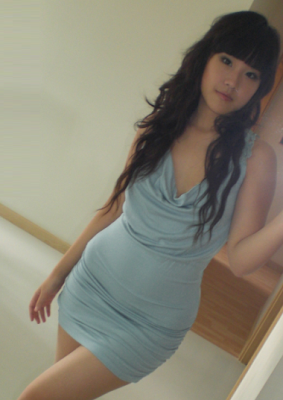 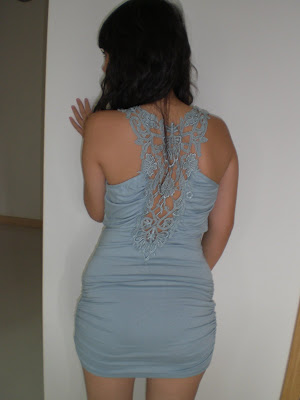 Yes I am aware I have large hip bones. 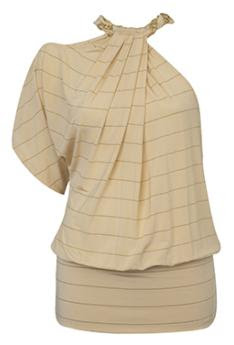 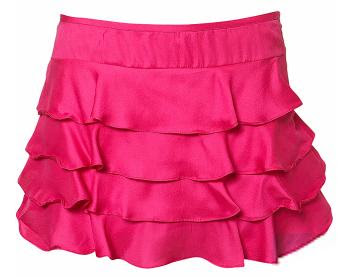 And a couple of other dresses and stuff that I got lazy to take photos of.

I am very happy with my buys recently. Everything is so damn pretty!

I’m glad I finally turned shopping-smart, cuz I no longer buy stuff on impulse anymore. I know what looks good on me and what doesn’t, so whenever something catches my eye in a shop, most likely I’d buy it!

FOOD, cab fares, shopping, and misc. stuff. SOMEONE TEACH ME HOW TO START SAVING. GAHHHHHHHHH.

It is SOOOOOOOOOOOOO depressing to think that my holidays are ending in like, a week’s time?

…Sometimes, I totally forget that I am a Secondary School Student.

It’s kinda confusing when you look as matured as me, but still love to play arcade games and get amused by the littlest things.

By 18 years old, one should be quite matured already what.

Anywhere near what I am now? Nah, don’t think so.

Come to think of it,

It’s a whole world of difference when I have my hair all tied up and clipped up like a nerd, wearing black geeky spectacles, without an ounce of make up on me and wearing unflattering school uniform + awful school socks and school shoes.

And then when I reach home, I bathe, change and put on contact lens, faux lashes, eyeliner and lipstick, then let down my hair and wear a short dress plus high heels.

It’s like I have split personalities! In school, I don’t really talk much except to my girlfriends. I don’t socialize with other school mates much.

Honestly, I WANNA KILL MYSELF everytime I’m forced to do that. It’s like discipline masters have no respect at all!

Who would respect you when you’re standing in front of the whole school yelling “SHUT UP NOW!”???

EVEN THOUGH THINGS HAVENT REALLY BEEN GOING RIGHT RECENTLY.

But I feel somewhat contented! You know what they say, “happiness is when you learn to be satisfied with what you’ve got.”

Anyway I cut my fringe myself yesterday! LOL.

After this I’m gonna let my fringe grow and I’ll change to long side parting fringe again! The process is damn torturous though. Not long not short

Ok superhero post next! Sorry for this super random post, just felt that I kinda missed my nonsensical rantings. LOL.

Oh yes, CAN THE GIRL WHO WANTS ME TO ADVERTISE HER BLOGSHOP (the one who sent the maxi dress and a pink top) PLEASE EMAIL ME? Thankssss.