Afterall, I’m a rather reasonable person. Since Samantha has apologized for being so silly as to make crazy assumptions in the first place, I accept her apology.

Flaming posts are quite tiring to construct anyway. 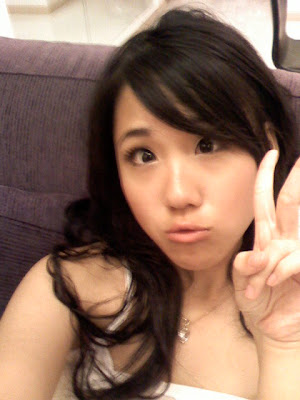 See that Nuffnang Advertisement by the right? ——————–>


I feel so foolish. So so soooo stupid.

See, this was what happened just now…

I finally went to buy myself a new HP. Like, finally right? (it feels damn good to be paying for your own things when you’re only my age)

I was using this really antique model of Nokia 6288 And even though it looks like a noob compared to the new intimidating Nokia phones like N81, I LOVED MY 6288 to bits!!!!

It has always been my number 1 trusty phone, until a Drop-Sickness struck it too often recently and it’s health started failing

I’ve been using it for almost 2 years already

This phone has been through thick & thin with me. I’ve dropped it more than 50 times in the entire 2 years I suppose~

When I was cycling and chatting on the phone at the same time, my phone dropped onto the floor and pieces flew everywhere but it still survived in the end!

While I was bathing, I was chatting in the bathub and the phone fell into the water, but it survived in the end!

This phone has been to Brisbane, Melbourne, Malaysia and Thailand with me lor… =(

I am a super sentimental person ok, I can get attached to a bloody phone!

So anyways, I was left with no choice but to sell away my beloved 6288 because it is omfgingly laggy and the LCD is 80% ruined. Sold it for $50, but I made sure to transfer everything before I sold it off.

So I bought my new phone & happily left with it, until I realized that ALL MY MESSAGES INSIDE THE 6288 ARE NOT SAVED IN MY SIM CARD!

Damn, I actually thought they were in my SIM card, but to my horror, they were not there.

So I ran back to the person whom I sold it to, and he said that he’s deleted it already. I immediately cried. =(

You must be wondering what’s the big deal about SMSes in my inbox, right?

Of course, I don’t keep every single message. There wouldn’t be enough space.

Everytime someone else besides James message me, I’d reply their mesage and immediately delete them, just so I can have more space to save James’ messages

And if you’re assuming I keep the messages for fun and don’t read them,

I DO READ THEM LOR! ALL OF THEM OK!

When we quarrel or when I miss him and such, I’d take out my phone and slowly scroll through my inbox, reading the messages he sent me.

When I go overseas, I’d lie on the bed for a long time just reading his messages! On day 1 when I’m away, I’d read 50-100 messages in my inbox from him, then Day 2 I’d continue off them where I left…

I can totally imagine what his facial expression will look like when I read the SMS. It’s reliving the old times, turning time back to see what things were like in the past..

Reading his messages always make me feel alot better whenever I was down. And I never want to forget all the stuff we talked about!!

WHAT ABOUT ALL THE SWEET POEMS HE WROTE? OUR LAME INSIDE JOKES? GONE!!

I’ll never be able to replace those messages

I don’t think anyone understands how I feel. They probably think that I’m a crazy bitch who is over reacting just because her inbox got cleared.

But they’re not just messages to me, they’re so much more…

I know nothing can be done since the 2k messages are somewhere far away in DeletedLand now, so I guess I’ll just stop whining already.

(last whine: if i know all these will happen, i wont even sell away that phone lor!!)


And the only thing that comforts me, wait make that SOMEWHAT-kinda-but-not-really comforts me is the fact that I bought a phone that is possibly the chio-est phone ever made.

It is amazingly sleek and gorgeoussss.

Wait till you see the real thing.

I love the LCD mirror screen – it’s by far the most chic pink phone I’ve seen, and it totally pwnz other pink phones like the Pink Razr.

Don’t go copying me now by buying one too ok, the last thing I want to see is you bitches carrying the same phone as me just because I blogged about it 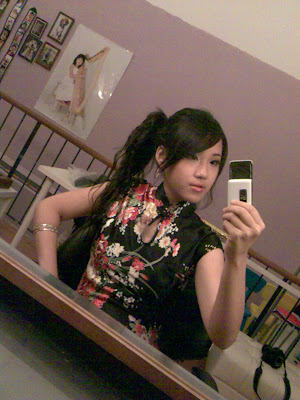 …*floats off to DeletedLand in search of her lost messages*….